With Keane it became a challenge over the years to try to get there with a technological first around each album release. The intense, voracious adoption of the internet, first downloads, and then the start of streaming services, the ability to broadcast from anywhere to the world using basic equipment all happened in the first ten years of Keane’s life as a band. And it was fun to try to keep up, or indeed be ahead.

There were various physical formats we tried in addition to the standard cd and vinyl releases. These included a mini-cd, and a USB version of singles. There was a moment during the height of piracy, before the streaming services really took off and 90% of digital music was being downloaded for free, that it seemed like anything but the music itself had any value. We talked about the idea that people might buy a t-shirt and get the music with it for free, for example. A version of that continues today when we give away a free mp3 download version of an album to anyone who buys the vinyl. 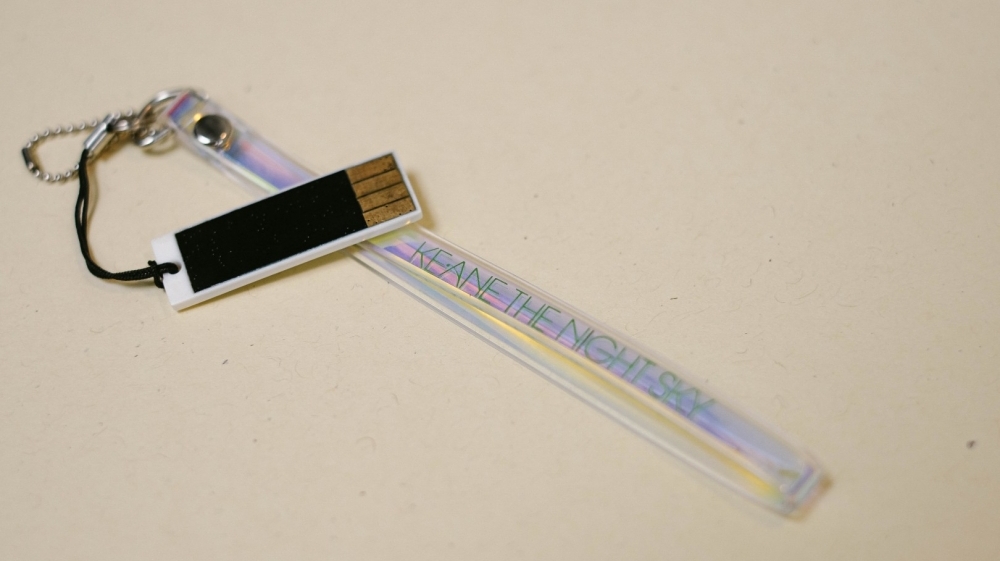 Along the way the band, who had been big supporters of War Child following the contribution of a cover of Elton John’s Goodbye Yellow Brick Road to the second Help album, decided to curate a night of music in aid of the charity. It was an incredible line up and an incredible night. As a management company with a producing arm, we were well placed to make the concert film of the event. It was the first connection the band made with Lily Allen, who went on to cover their song Somewhere Only We Know for a future John Lewis Christmas ad.

A couple of other world firsts we produced for the band along the way were 1/ the first ever webcast with questions from fans submitted in real time. This was hosted by an as yet not-that-famous James Corden and had a Christmas vibe. The technology was held together with staples and Sellotape but it worked. And 2/ the first ever 3D webcast, live from Abbey Road Studios which we co-produced with Vicki Betihavas. This was a big production and involved us sending out thousands of blue and red lensed glasses to fans who requested them. It has always been challenging but very fun to help Keane break new ground, particularly collaborating with Jon Turner when he was at Island Records.